HomeCulinary student off to India for global chef competition

Culinary student off to India for global chef competition 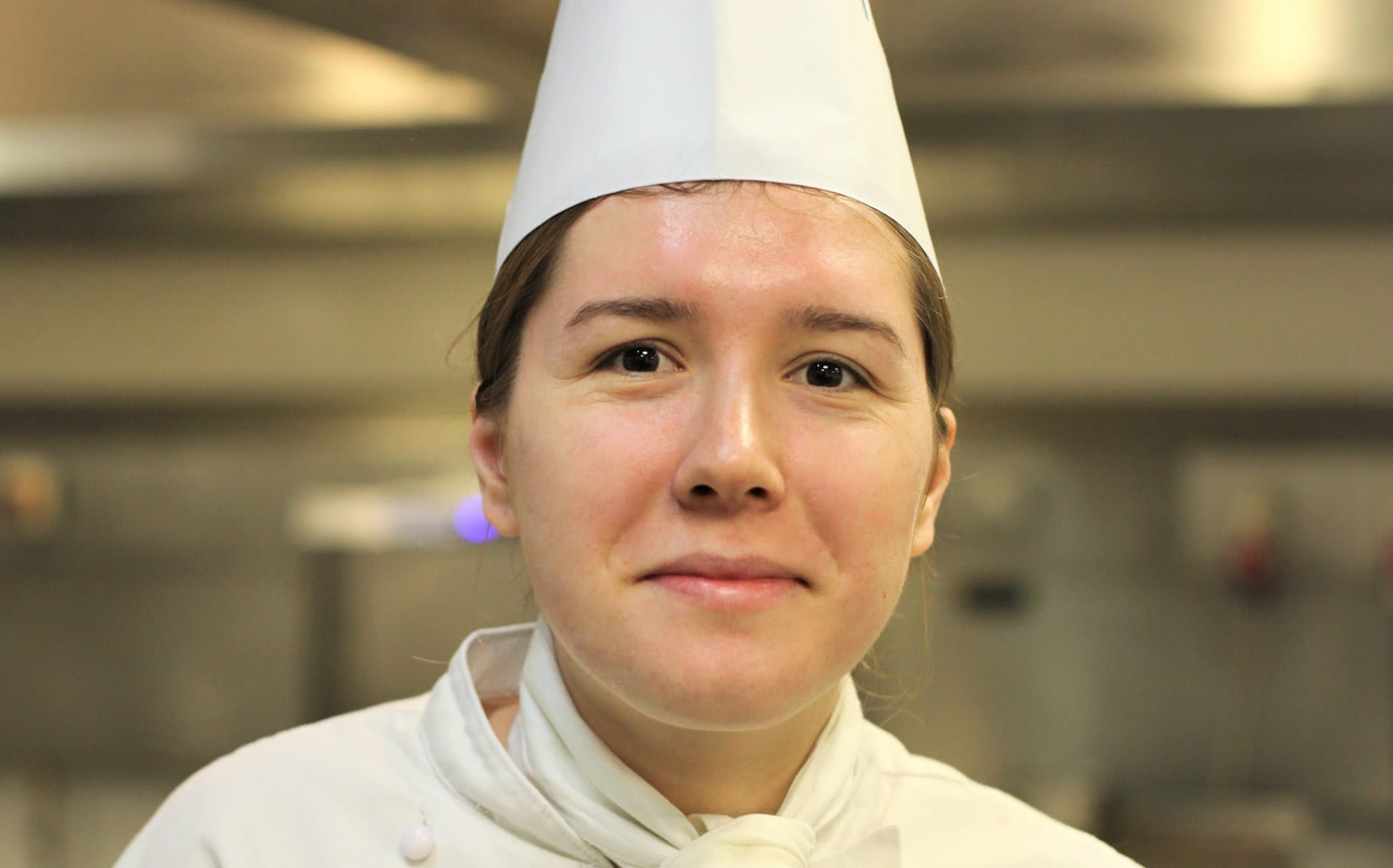 Westminster Kingsway College student Beth Collings is hoping to be crowned the world’s top young chef, as she flies out to India this week to represent England in a prestigious global competition.

Beth, 18, is a 3rd year chef student at the college’s School of Hospitality and Culinary Arts in London’s Victoria, and will be competing against chefs from 59 other countries in the 6th annual Young Chef Olympiad.

This year’s Olympiad pits young chefs from 60 countries around the world in a series of gruelling, timed cook-offs in cities across India, with only 10 competitors qualifying for the Grand Final in the eastern Indian city of Kolkata on Sunday 2 February. Beth has been drawn in Group B, and will compete against chefs from Kenya, Cambodia, Bahrain, Jordan, South Africa, Bhutan, Costa Rica, Indonesia and Romania.

Beth’s bid for the final starts in Delhi with the first round on Wednesday 29 January, followed by the second round the day after. As she explained: “I have been given a list of ingredients for the first round, from which I have to select at least half to create a dish of my choice.  The competition gets progressively harder, because in the second round I’ll have to cook two courses.  If I make it through those two rounds, the Grand Final is on Sunday 2 February.”

Beth is in the 3rd and final year of her Professional Chef Diploma course at Westminster Kingsway College. She commutes to college from Brighton every day and has been planning and practicing for the Olympiad since November. The college has a lot of experience of helping its students prepare for culinary competitions in the UK and abroad, and Beth has been mentored throughout by college Chef Lecturer Chris Basten. Chris told us: “I’m immensely proud of Beth for all her hard work and dedication, as well as her skill as a chef. It’s an amazing opportunity for Beth to be representing not just the college, but her country in this international competition and I hope she does really well and enjoys the experience.”

Beth is grateful for the support that she’s had from the college and from Chris in particular. “Chef Basten selected me to compete in the competition and has been so helpful – helping me work out which ingredients I’ll use for the first round and guiding me though the things I’ll need to do in the competition. I’ve worked hard for this and now that the Olympiad is nearly here, I can’t wait for it to start.”

Unfortunately for Beth, who has never been to India before, the competition’s schedule, preparing for the different rounds and having to take a 2-hour flight from Delhi to Kolkata, means that there won’t be much time for sightseeing. “Whatever happens, I’m really going to enjoy the experience. I’m a bit nervous but excited too!”

As befits a global competition, there is a large international judging team, including internationally-renowned hospitality educator Professor David Foskett MBE, Anton Edelmann (who was maître chef de cuisines at The Savoy for over 20 years) and top UK chefs Brian Turner and Chris Galvin. Also in the judging team is the college’s Hospitality and Culinary Arts Programme Manager Paul Jervis. Paul told us: “We are all very proud of Beth for being selected for the Olympiad and everyone at Westminster Kingsway wishes her the very best of luck.”