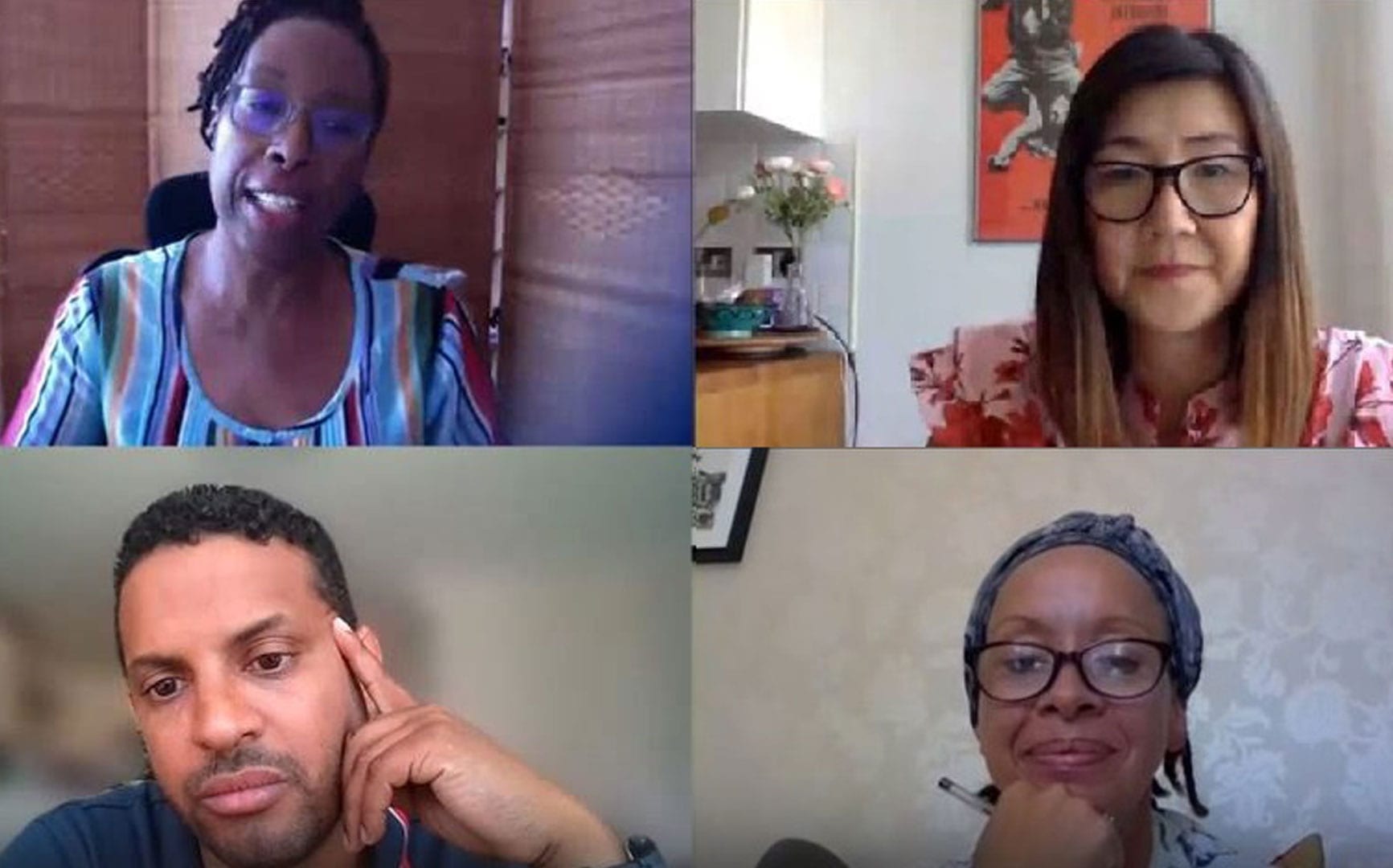 Around 130 attendees joined the live event on Microsoft Teams called Diversity in Leadership: Can We Make A Difference? hosted by the college.

The discussion looked at what diversity should look like in 2020, the challenges businesses and sectors have faced, the importance of a diverse leadership and driving positive change.

Representatives from the University of Westminster, tech firm Cloudy Group and Friern Barnet School in north London made up the panel of guest speakers.

All three shared their own experiences of diversity and what needs to change including more positive role models and mentors from black and ethnic minority (BAME) backgrounds.

Dr. Deborah Husbands, Senior Lecturer in Psychology at the University of Westminster, said that while the number of BAME lecturers in higher education was increasing there were only 35 black female professors in the UK.

“We talk about diversifying and decolonising the curriculum, but we need to diversify and decolonise universities and that means bringing in teachers that represent the students they are teaching,” she said.

She described tokenism as “at best, a false gesture of support” and that there was no longevity to it if there was no real intention to make a difference.

Questioning whether organisations were truly woke, she added: “A lot of people feel compelled to be an ally right now, but what happens to that show of support once the George Floyd effect has waned?”

David Hall, Managing Director of Cloudy Group, was proud of what has been done to reduce racism in the UK but felt more still needed to be done.

He said: “The Black Lives Matter movement and tokenism is a complicated one. It all originated from a country with some serious socio-economic issues, a country that just four years ago had a two-term black president to the opposite side of the spectrum. We like think how advanced we are in the UK, but we are yet to have a person of colour lead the country.”

She said: “My school has quite a diverse leadership and staff team. It’s so important for our students to see people that look like them in positions of authority. We are making progress, but there’s so much more to do.”

The Diversity in Leadership event was the latest in a number of enrichment events on diversity and equality at WestKing over the past year.

Carlo Liu, Employability and Progression Lead at WestKing, said: “The event raised many issues around racial inclusion and the need for change. The discussion was both stimulating and thought-provoking, prompting many questions from the audience and insightful answers from the panel.

“Now more than ever we need to equip young people with the skills and knowledge to boost their confidence and achieve their dreams.”