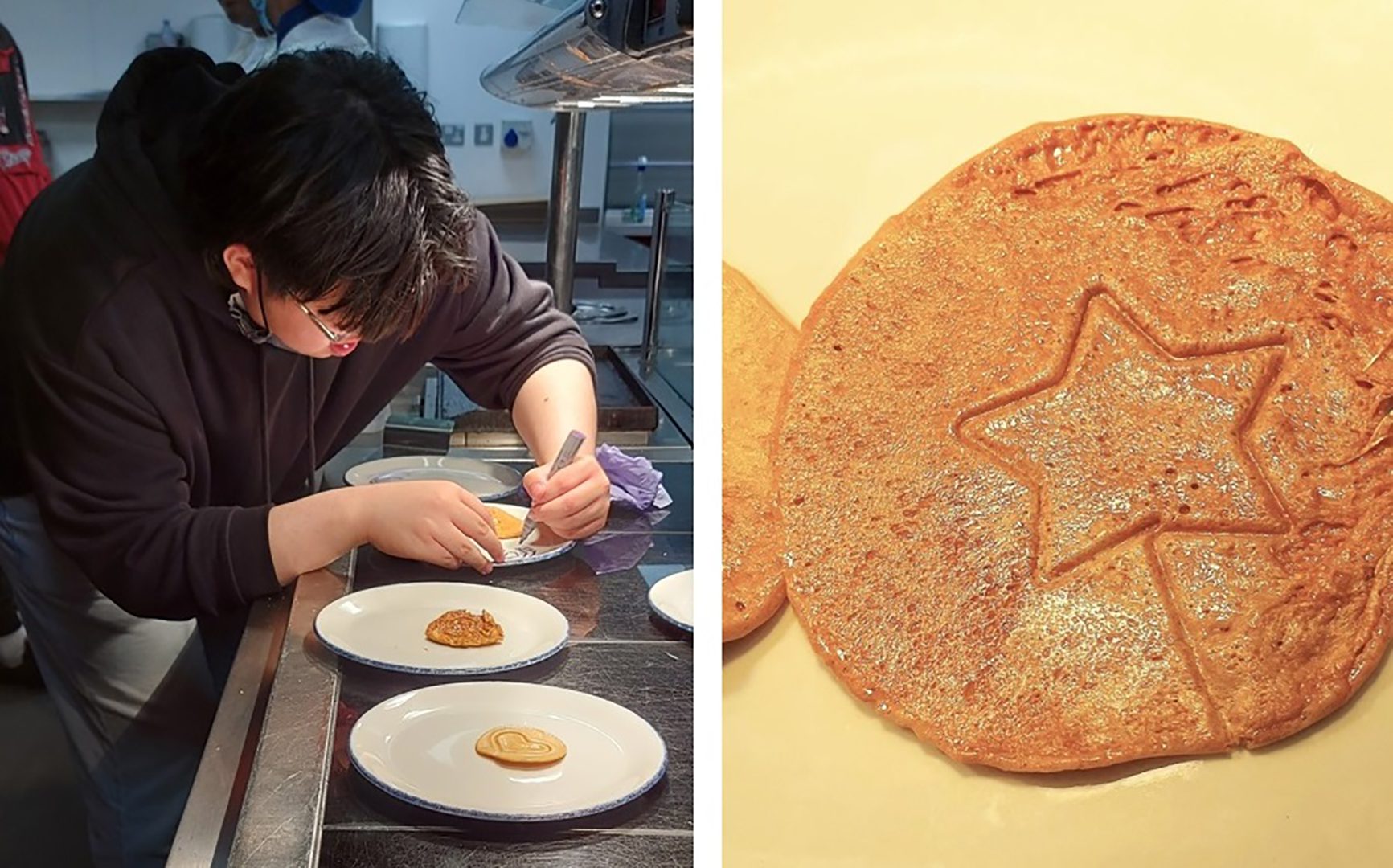 Students showed off their cookery skills when they got the chance to make traditional Korean dalgona cookies that featured in the hit Neflix series Squid Game.

The students from colleges across Capital City College Group (CCCG) joined in the team-building activity as part of their preparations ahead of their trip of a lifetime to Korea this June.

Dalgona is a type of honeycomb toffee made of sugar and baking soda, which has been part of Korean culture for more than 50 years.

Business student Joshua Phung, 19, said “I really enjoyed making the dalgona cookies. When I was watching the tutorial, it looked like it was going to be a walk in the park but it wasn’t as easy as I thought. It took a while to get it right, but it was worth it as they looked pretty and tasted great too.”

Thirty students will be embarking on the trip, which has been funded by the Turing Scheme and organised alongside Keimyung College University (KMCU), Kyungbuk College and JEI University.

During the 20-day trip students will take part in Korean language classes and embark on cultural visits while also gaining knowledge about the growth of smart technology and green sectors in the country and the skills they need for the modern workplace.

In February students visited the Korean Cultural Centre UK to learn more about the country and explore the centre’s archive of books and films and try on traditional clothing called hanbok.

Joshua added: “I’ve not had much experience of travelling abroad and I’m really looking forward to the trip and being able to learn and experience more about the Korean culture, which is quite similar to the Vietnamese culture of my parents. I can’t wait to see the scenic views of Seoul and Daegu.”

The college, one of the top colleges in the UK for hospitality and culinary arts, was hosting a Korean Cuisine Menu Week in The Brasserie restaurant at its Victoria Centre, as part of its long-standing partnership with the Korean Cultural Centre UK.

Other guests who attended the lunch included Lee Seung-shin, Consul General at the Korean Embassy, and Dr Jungwoo Lee, Director of the Korean Cultural Centre UK.

Mr Gunn welcomed CCCG’s partnership with the Korean Embassy and said students visiting Korea will discover how it is growing in popularity and becoming a market leader on the world stage.

He said: “Korea is a very dynamic economy and is often used as a testbed for new products especially in electronics and technology. When you want to experience what is going to be realised in 10-20 years then the starting point is Korea.

“Korea is also expanding and building many other connections with other markets in Asia, so it will be very advantageous for UK students to study or partner with companies there. We are so far away, but it is now a globalised world and the possibilities are almost limitless.”

Mr Gunn added that every Korean would like to do business in English and the visit would give Korean students a chance to practice their language skills as the UK looks to Asia post-Brexit.

“It’s an opportunity for both the students in the UK and in Korea to encounter a different culture that will stimulate them and give them a broader perspective, which will be great for them,” he said.

“The students from the UK visiting and experiencing Korea will not regret it, I guarantee it.”

Apply now for courses and apprenticeships at CANDI, WestKing and CONEL.