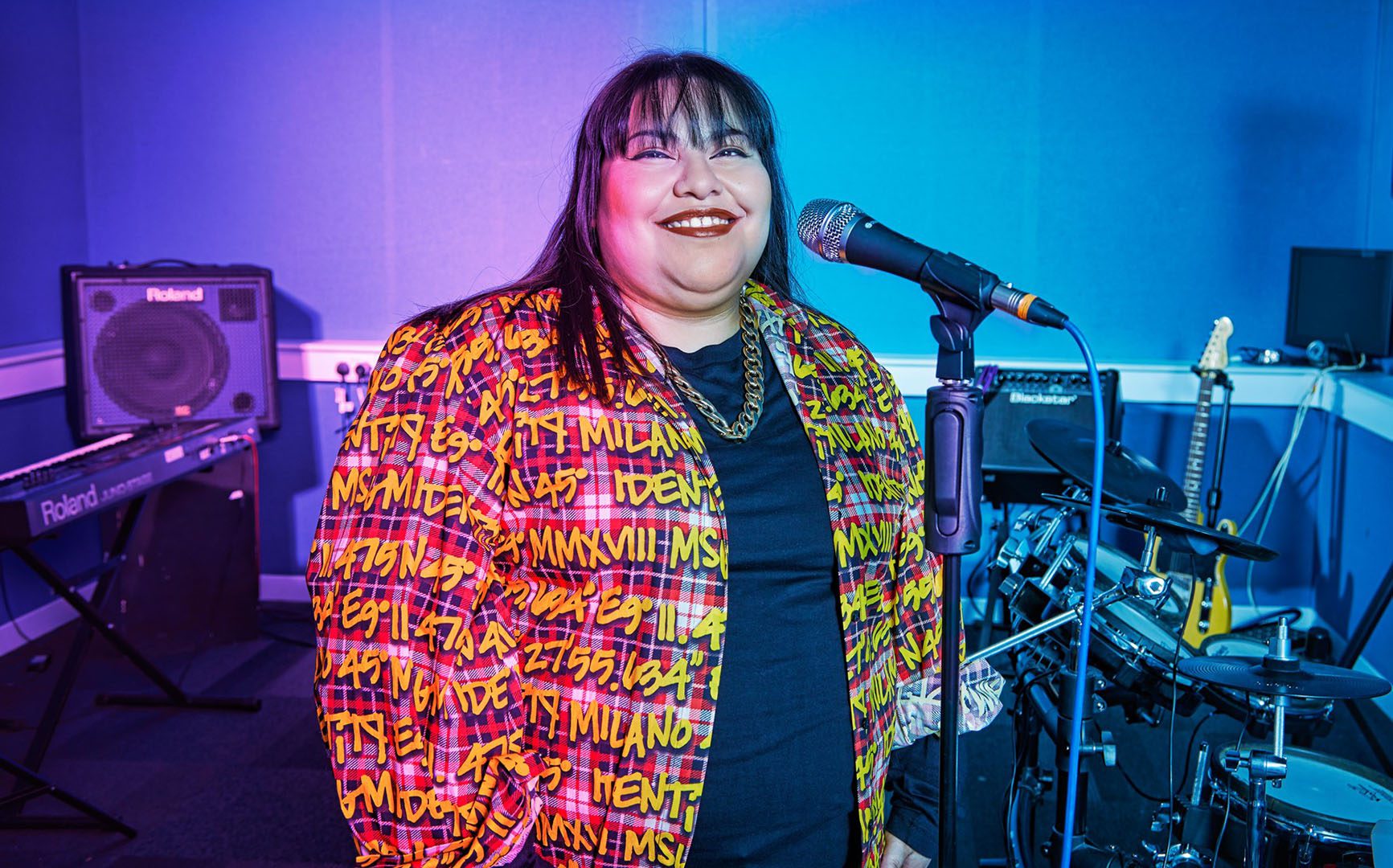 An aspiring singer from Westminster Kingsway College has released her first professionally recorded song after being spotted by a music producer on Instagram.

Music student Elizabeth Azuero, 22, who is originally from Ecuador, co-wrote and recorded the track No Te Confundas, meaning Don’t Get Confused, in Spanish under her stage name Eli-Beth.

She was contacted by a Colombian music producer called Kenny Beach in December and recorded the song at Hazey Studios near her home in Southwark earlier this year.

Elizabeth said: “I received a notification on my phone that someone wanted to send me a message. He told me he was a producer and was looking for female singers and that he had been checking out my music on Instagram and he liked it.

“He showed me the lyrics and a demo of the song. I really connected with the chorus but wasn’t sure about some of the other lyrics. I said give me a day and I will give you some other lyrics, and that became the final song.

“It’s about a woman who gave a man a chance and enjoyed a night with him and he wants more, but she now realises it was a mistake and doesn’t want him to keep calling her.

“We both had our own expectations for the song. From the top he was saying how much he liked my voice and was excited to be working with me on this project.”

Elizabeth moved to Spain with her family when she was six months old. She spent her most of her childhood years growing up in Parla, near Madrid, before moving to the UK aged 16.

She started writing songs when she was 11. She discovered she could sing in her mid-teens and recorded her first song at 20. Her style has been inspired by her love of RnB, hip hop and soul.

“For me, the best way to write a song is to imagine a scenario in my head and put myself in that situation, said Elizabeth.

“Around every person there is life. Some situations you can experience though your friends and family, such as separation or divorce, without living it yourself.”

Elizabeth’s music has been heard online by people in UK and around the world including the United States and across Latin America.

She lists Adele, Dua Lipa and Ed Sheeran among her favourite artistes who have influenced her, along with Latin American singers Karol G and Selena Quintanilla.

“Selena was one of the best Mexican-American artistes from the late 80s and early 90s in my opinion,” said Elizabeth.

“She started her own clothing brand and did so much in less time than other musicians. She made so many songs in different genres with many people and was very influential.”

Elizabeth is in the first year of studying for a Music Level 3 Diploma having previously completed a Music Level 2 Diploma at the college.

She said: “I was looking for a college where I could not only perform as a singer but also learn about music production. The course has covered a lot of topics I am interested in about the music industry, production, performances and management.

“I‘ve learnt a lot. When you like a lesson it is because of the teacher because they know how to get your attention and capture your interest. At WestKing they are very supportive and have always been there for us if we’ve needed anything or help with our assignments.

“Performing is one of the best feelings. Even if I’m nervous, I really enjoy it. I know I need to work more because I’m just starting, but I want to be successful in music. It would be a dream come true.”

No Te Confundas is available on apps including Spotify, Deezer, Apple Music, Tidal and YouTube.

Find out more and apply now for Music courses.