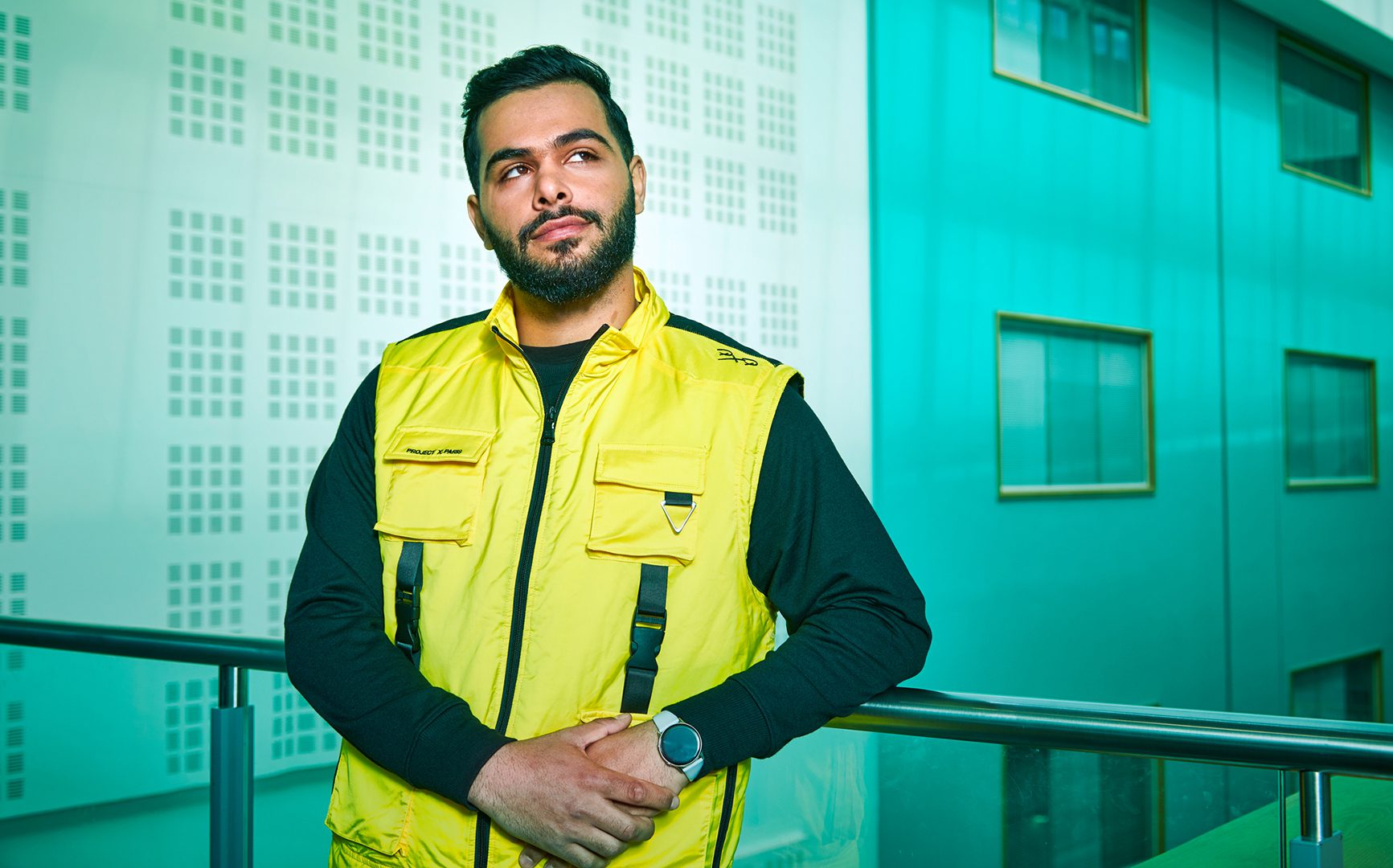 When Fadi Faroukh arrived in the UK after fleeing war-torn Syria as a teenager he had been deprived of education for five years and was unable to speak English.

Fast-forward another three years and the former Westminster Kingsway College student is now studying for a MEng Civil Engineering at the University of Bristol.

The devastation of the ongoing civil war in the Arab state has so far claimed the lives of more than 300,000 people including members of Fadi’s family and friends.

“If you went out of your house, maybe just to get food, you knew you might not come back. There were air strikes all the time,” said Fadi, 20, who now lives in Neasden, north London.

“You’d see the bombs coming down from the planes but don’t know where they’re going to land. That’s the scary thing. You cannot move, you just stare and think maybe I’m going to die.

“A lot of my cousins and uncles died and my friend as well. Thank God I left, and I’m here.”

The war ended Fadi’s school education in Syria when he was 10 and a year later he began working with his father in construction and then as a car mechanic.

After arriving in the UK, he started at The Crest Boys’ Academy in Neasden in Year 10 where he gained GCSEs in English, maths and science and an A Level in Arabic in 2019.

Fadi went on to achieve a Distinction on an Engineering Level 3 Diploma and an A* in A Level Maths at WestKing to secure his place at university where he has just completed his first year.

“Not all colleges offer you the chance to study a BTEC in Engineering and A Level Maths. It’s a very rare combination and the perfect way to get to university or an apprenticeship and the reason I chose WestKing,” said Fadi.

“Another good thing about this college, is that it brings in engineers every month or so, which is a really good opportunity to ask questions about their career and what you will be doing in the future.”

Our engineering courses are amongst the best in the country, with many of our students excelling on work placements, progressing to university and realising their career aspirations.
Apply for Engineering courses

Fadi took A Level Maths because he saw it as “the foundation of engineering” but is a strong advocate of the BTEC in preparing him for university and his career.

He said: “With the BTEC you learn more about engineering and the subject you are interested in studying at university and what you are going to be doing in real life, rather than A Levels which only offer physics and chemistry for this kind of career. For me, it’s a better choice.”

Fadi welcomed the support he had from his teachers at WestKing both in developing his engineering skills and improving his English and helping him to apply for university.

“At the beginning I struggled with my English, but my teachers helped me so much. If I didn’t understand something, they would sit with me and explain it. They were all very supportive,” he said.

“Everything has changed since I came to the UK. Now I’m at one of the best universities in the UK doing what I love.”

Engineering is one of the UK’s largest sectors employing 5.5 million people and is also one of the broadest with careers in mechanical, electrical, chemical, and civil engineering as well as new green technologies. Find out more about our Engineering courses and apply here.